TOO COOL FOR SCHOOL

Friends, collectors, seekers of thrills. It's scorching out there, and I sense unrest in the air. With the spirit of summer in mind, I've agreed to participate in some rather outlandish affairs.

First: the Venice Institute of Contemporary Art & Gypsy Trails Gallery’s 2015 Museum Tour is crashing the party at the Torrance Art Museum with a SOLO SHOW of my work – one day only – Saturday, August 29. It all sounds pretty brazen, but Museum Director Max Presneill has graciously acceded to our outlaw affront – um "out front" – addition to the museum's Studio System experimental residency. The exhibition has ensconced eleven prominent artists within the museum walls, producing new work during a month-long, onsite interaction with the public. The Gypsy Trailer will be on hand 4-10pm for the closing night festivities. 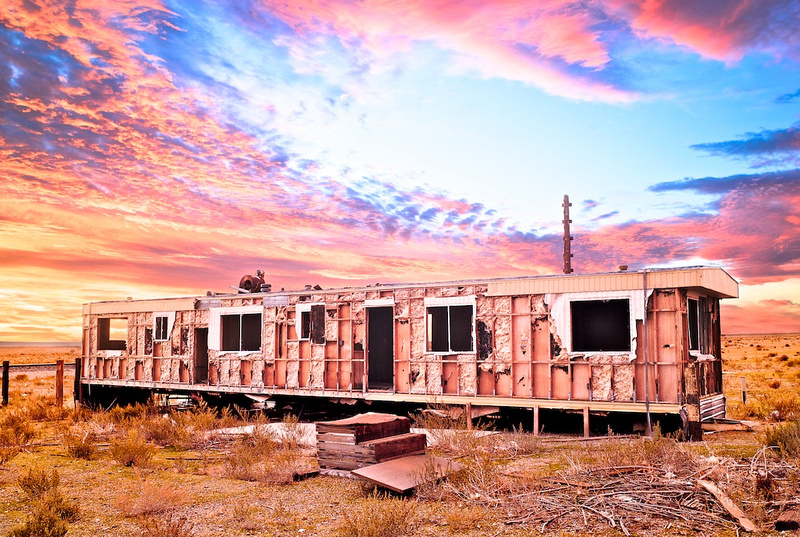 Lone Trailer Home – Sunrise – Cinco, California – 2010I visited this abandoned alfalfa farm countless times over several years, capturing many images for my portfolio It's a Mess Without You. On this occasion, I camped out amongst the debris to be at the remote location at daybreak. The battered trailer homes have since been cleared away to make way for an industrial-scale solar installation.

Next: Ode to the 6th Street Bridge - a group show commemorating the demise of my favorite LA landmark. Celebrate our city's cultural amnesia at Art Share LA Friday, Sept 11, 8-11pm (thru Sept 19).

The Following Night: WATERWORKS II opens Saturday, Sept 12 (thru Oct 1) at The Art Gallery at Glendale Community College. I have four photos in the new, “back to school” edition of this spring's smash hit from Ojai, and a seat on the panel discussion (2-3pm, preceding the 3-5pm reception). While the discourse was "civilized" at Ojai's Porch Gallery; in Glendale, water, like most things, is always contentious. #fisticuffs 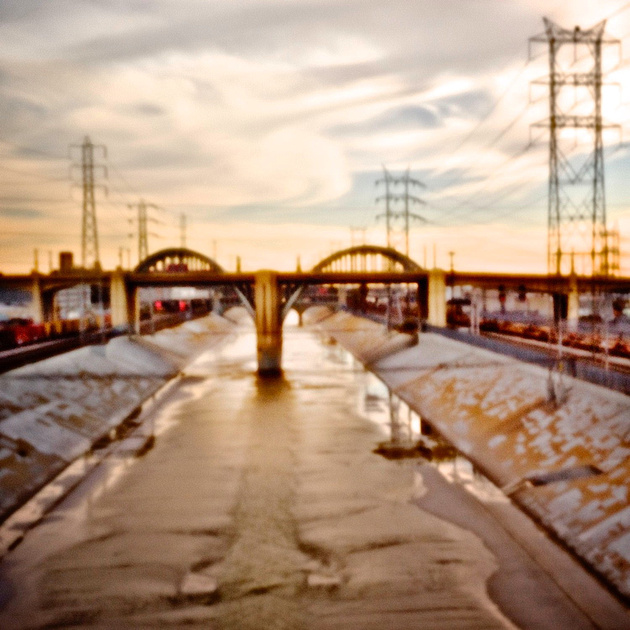 Finally: High & Dry is interrupting our regularly scheduled Trona to publish a piece for our Burner friends returning from Black Rock City. We’re also featured on KCET’s Artbound this week; our story, View From a Hole, explores man’s curious obsession with the sight lines from beyond. 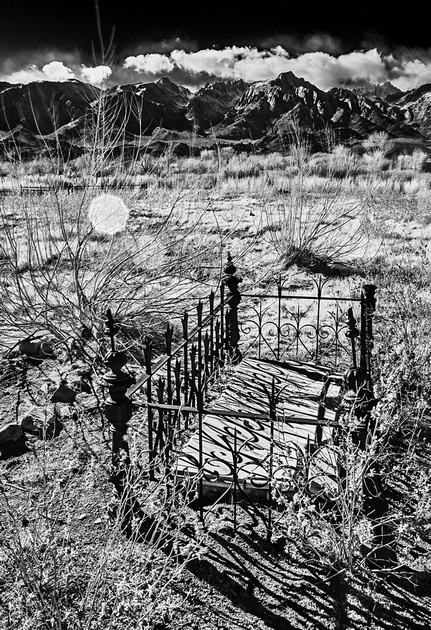 Rafael Diaz Grave - Pioneer Cemetery - Infrared Exposure - Lone Pine, CA - 2013
So summer up, my friends! Rouse some rabble before it's too late. For those still hankering for the salacious and absurd, Perform Chinatown happens directly outside Chungking Studio. The event is typically "organized" by known reprobates and will surely cause both amusement and consternation in equal parts. You may seek cover at my studio should things yet again veer off track. Like summer itself, this strange feast is best enjoyed by the adventurous. 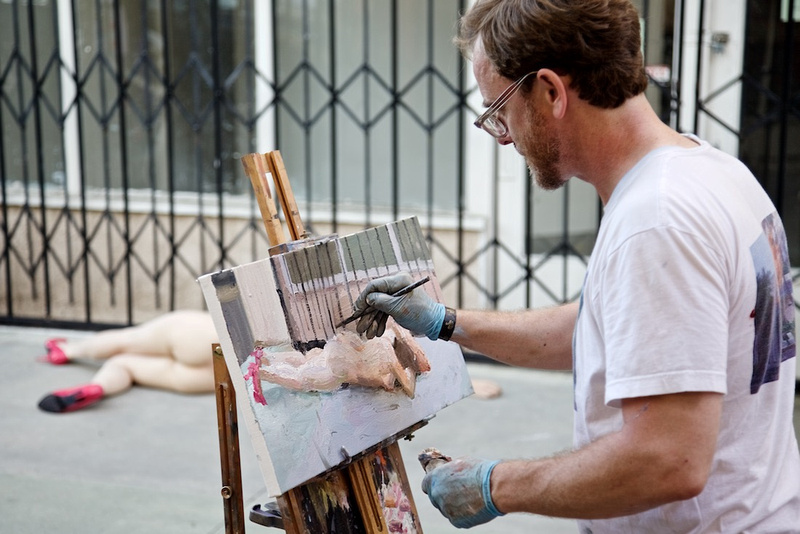